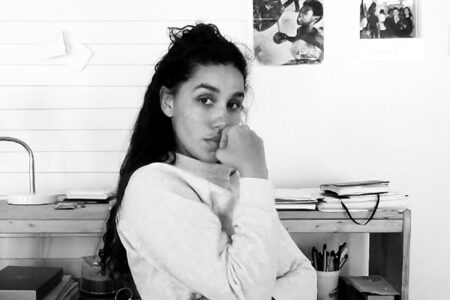 The year is 1913 and three suitors are competing for the hand of the local beauty. Mobile partygoers are dancing the famous “cakewalk” as legendary Entertainer Bert Williams and Actress Odessa Warren Grey are dressed up for a date at the park, which includes a ride on the merry-go-round. This positive depiction of life as a middle-class black person in the film "Lime Kiln Club Field Day" serves as one of the very few silent black and white films which featured an all-Black cast with story elements that challenged the negative, evil depictions of Blacks in a majority of white produced films of that time. Over 100 years later, filmmaker Garrett Bradley has chosen to incorporate footage from this unreleased film into her multichannel video installation titled “America.”