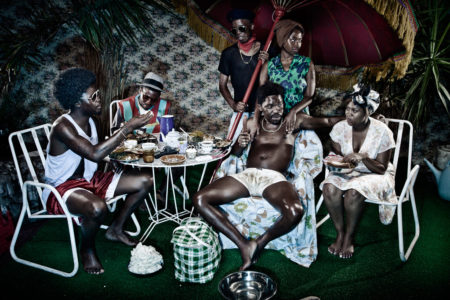 V V Read More
"If there's a vacancy in history, you should apply for it..." The words of Zimbabwean artist Kudzanai Chiurai ring loud and firm in the midst of a revolution in South Africa. He adds to the cnn.com interview, "I wanted to do something. I thought that was important." The artist commanded the attention of the world with his multimedia work, as well as his prints, photographs and paintings. These expressly graphic posters magnify the corrupt government in Africa, highlighting political violations and xenophobia.  Additionally hailed as an activist, Chiurai bravely portrayed President Robert Mugabe with outspoken distaste for his actions against the citizens of Zimbabwe. Though a hero amongst the people, he was inevitably exiled from the country for such acts and now resides in Johannesburg.